Dave and Lynda moved to Cross Farm, Wedmore, from the Lancashire coastal town of Lytham St Annes. While many dream of retiring and going to live by the sea, Dave and Lynda, after careful consideration, decided that Wedmore, and specifically the homes at Cross Farm, had so much more to offer and took the bold decision to go West.

It was not a decision to be taken lightly, as Dave and Lynda originated from Blackburn and had lived in Lytham St Annes for almost 20 years, where they have a wonderful network of friends. Lynda’s father, her two sisters and Dave’s two sisters all still live in Blackburn.

Dave, a manager at a local building services company, had retired eighteen months earlier to join Lynda, who had already retired from her role as a procurement officer with BAE just over a year before that. Both very active with shared passions for gym, running and golf, they were ready to enjoy their new life. Their son, Christopher, who works for Imperial Brands based in Bristol, and his wife Nicky had settled in a small village just outside Wells, called West Horrington, and following retirement, there was now more time to visit and spend time with their grandsons, Ted and Lucas.

Dave and Lynda very quickly discovered they enjoyed being in Somerset and the opportunity to spend time with their son and his family, so toyed with the idea of possibly relocating.

In spending more time in the area Dave and Lynda had the opportunity to explore: there was no immediate urgency to move, so they could do so at a leisurely pace, visiting a number of villages, hamlets and small towns, including Wells, Bruton, Somerton and Burnham-on-Sea.

“We knew that we wanted to be in a place that was not too far from the motorway, as there would still be regular trips back to Lytham, and one that had a community, access to golf courses and real facilities, many of which should ideally be within walking distance, so we would not be so reliant on a car.”

The first national lockdown came in March 2020 and provided Dave and Lynda with time and impetus with which to start their search in earnest. “The national lockdown brought home to us the distance, how far apart we were, and this made us start looking more seriously in late April” said Lynda.

Dave and Lynda discovered Cross Farm through an online search and first visited the development in June, initially attracted by the high specification of the property and proximity to the centre of the village. Although the Show House was closed, as they had reached Cross Farm after hours, they used their time to explore the village and very much liked what they found.

Dave and Lynda made an appointment to view the showhouse in mid-August, having researched Wedmore thoroughly following their visit in June and found golf courses, village clubs, the best local pubs, gyms, walking groups and the local doctor’s surgery and dental practice.

The viewing clinched it for them: “We had got to the point that if it was not going to be Cross Farm in Wedmore then we were not going to move as we were so well settled in Lytham,” said Lynda. “But it offered everything we were looking for and more, much more.”

The location was ideal, the facilities in and near Wedmore were perfect for Dave and Lynda’s existing hobbies (as well as some possible new ones), but it was the design, specification and quality of finish that made Cross Farm a winning destination for them.

“The specification at Cross Farm is really impressive, we particularly liked the eco-features” said Dave. “The quality of finish in the Show House was excellent and our new home has been just the same.”

“It was a big decision, especially as we were leaving lots of friends and family behind: we both had some sleepless nights and to be honest I was still a little nervous right up to the day we moved” said Lynda. “But the day we moved in we both got the same immediate warm feeling and just knew that it was the right thing to have done and there were no regrets.”

“We had an excellent experience with the Acorn team. The meetings and visits to the show home were under the restrictions of lockdown and were really well managed. Any e-mails and telephone messages were dealt with promptly and we were always treated with the upmost respect.”

“We have already met some of our new neighbours and are getting to know some people in the village – everyone is so friendly. We are now just waiting to have the family over to celebrate and as they are now only about ten miles away that’s a lot easier that it was before.” 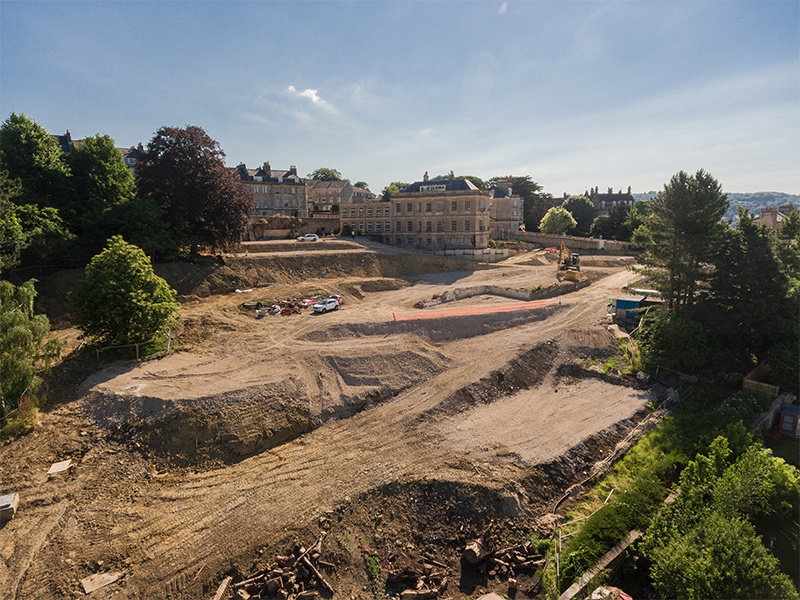 Top Tips on Selling your Home

Top Tips on Selling Your Home Are you thinking of selling your home this year Rightmove has reported a record number of people putting their homes up for sale on Boxing Day, with 46% more properties
More >> A brand-new Marketing Suite and Show Home have been officially opened at St Leonards Quarter, Exeter Our first Exeter based project, the development will see 146 new open market and affordable homes
More >> Exchange on the land purchase for new homes in Gloucestershire Delivering 159 homes across three phases, Operations Manager Mike and Senior Site Manager Drew chat about life on site at our award-winning scheme, The Old Printworks (TOPW) in Frome, and their roles
More >>
BACK TO THE top